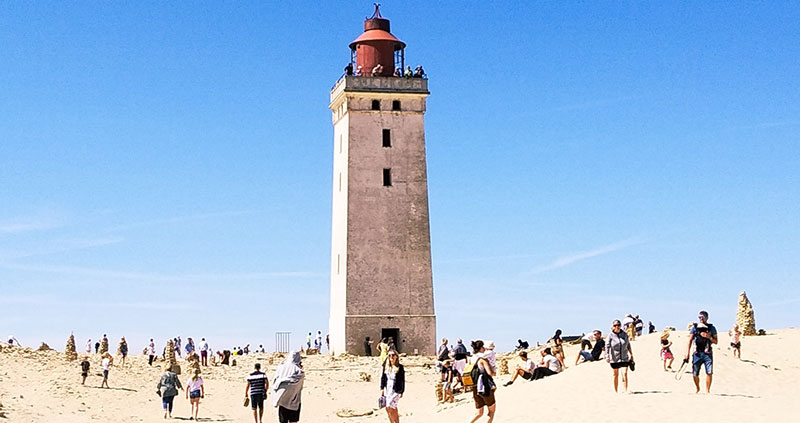 Rubjerg Knude Fyr was built in the year 1900 at the highest point approx. 60 meters above sea level and 200 meters withdrawn from the dunes, so you were sure the lighthouse could stand for many years without being threatened by the sea.

However, already relatively shortly after commissioning, the increasing sand fogging began to cause problems. Fine sand was blown up over the steep slope and new dunes formed in front of the lighthouse.
To stop the feeding, the whole dune was planted with mare straw, but unfortunately it had the opposite effect. On the contrary, to stop the sanding – it increased and it was soon impossible for the lighthouse to send its light across the sand and out to sea.

Giving up.
To ensure free view of the sea and also that the ships could be able to hear the fog horn, from 1920 onwards large quantities of sand have been continuously removed and also considered raising the lighthouse. But the fight was unequal to the mighty forces of nature and in 1968, on August 1, the lighthouse operation stopped.

Gaslight.
Initially, the lighthouse was equipped with gas operation which should be the best light to penetrate fog, and the lighthouse light could be observed at 42 km’s distance. Later, in 1906, the gas was replaced by petroleum to be electrified in 1934 by direct current. The lighthouse is 23 meters high.

Manning.
From the start, three men were the permanent staff to run the lighthouse: the lighthouse master + a lighthouse keeper and finally a lighthouse assistant. There was a lot of work, especially in the first years when the lighthouse got its energy from gas operation with its own gas plant. Machines and buildings had to be kept in order, which was not facilitated by the sand escape. In severe weather, there should also be a look for ships in distress. Likewise, birds that had died when flying into the lighthouse were to be collected and sent to the Zoological Museum.

Giving up again.
The lighthouse operated until August 1968, but the buildings were still intact and served as a tourist attraction. However, the sanding and coastal degradation continued, so that in 1992 it was completely abandoned to keep the buildings free and let nature take over. It ends up leaving only the tower.

Popular attraction.
Every year the tower has a quarter of a million visits, and in 2018 Hjørring City Council, after many considerations, decided to move the tower, which otherwise certainly soon would be sliding into the sea. The move took place in 2019, 60 meters away from the sea to secure it for many years to come.

”Murer Kjeld”.
The task of moving the lighthouse is placed in the hands of the local mason, Kjeld Pedersen. He quickly becomes a popular figure in the media and is then called: “Murer Kjeld”.
He has never tried his hand at such projects, but with the humility of North Jutland he is fresh on the task and does well with bravery – of course assisted by experienced people not least from the crane company: BMS.

Party by re-initiation
The lighthouse is being moved, completely without much feared drama due to the unstable sandy surface, on October 22, 2019 and re-opened with a spectacular giant party with approx. 8,000 spectators.
It is now possible to take the stairs again and enjoy the magnificent view from the top of Rubjerg Knude Fyr. One of the good excursions when visiting Sindal Camping. 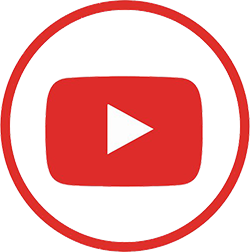